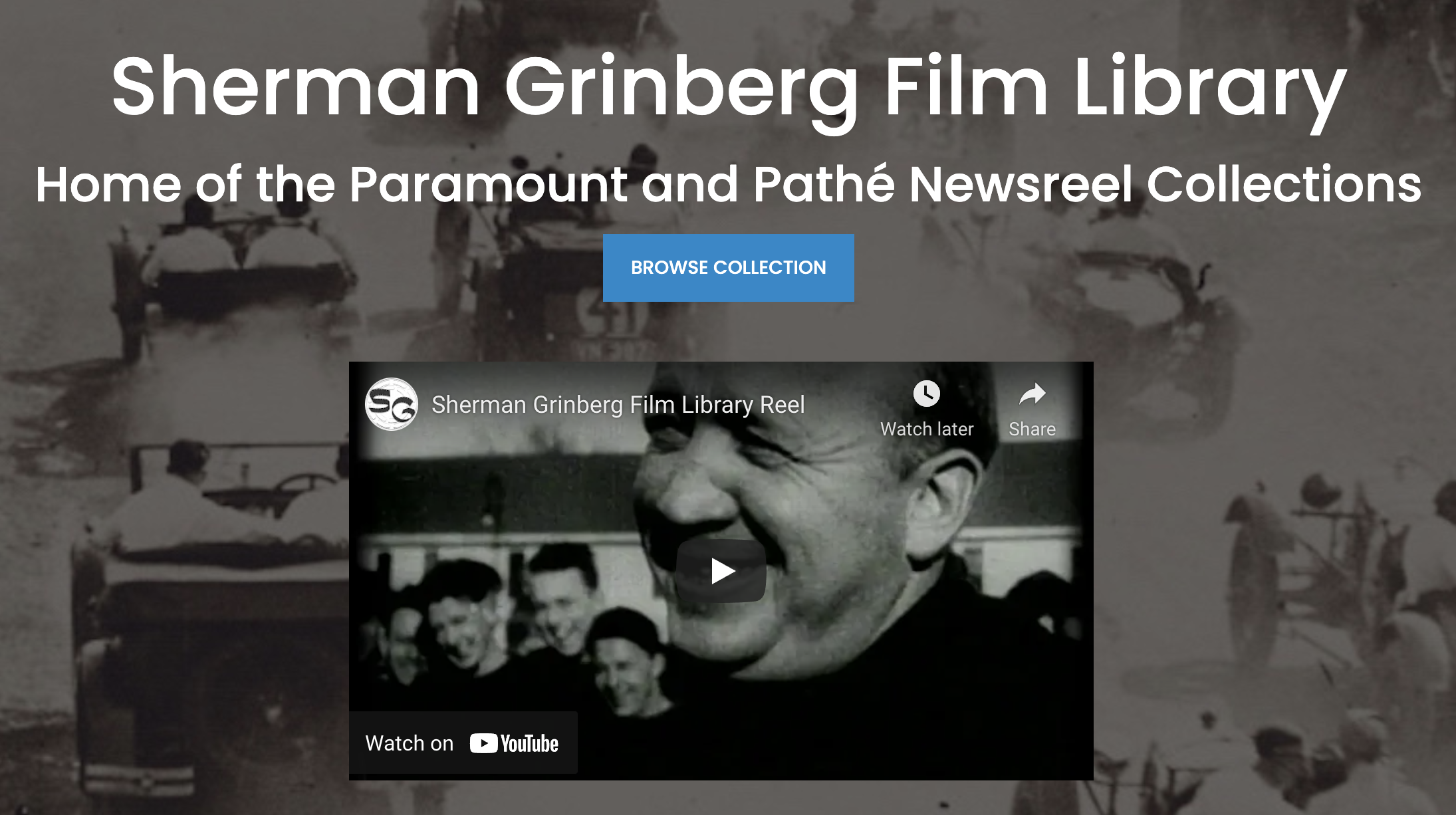 Delighted to announce that The Media Ecology Project now enjoys an unique collaborative agreement with The Sherman Grinberg Library to provide historic newsreel footage for courses and student projects at Dartmouth.

The Sherman Grinberg Film Library, located in Los Angeles, California, is the world’s oldest and biggest privately held film archive with over 40 moving image libraries, serving Hollywood and the world film community for more than 75 years.

The Film Library has more than 20 million feet of classic 35mm B&W film with content dating mostly from 1895 to 1957, just before the television era began. The archive includes the historic Paramount Newsreels, first called Eyes of the World (silent era) and later Eyes and Ears of the World (the “talkies”). It also includes the entire American Pathé newsreel library, which is America’s oldest collection (1895-1956), the Industry on Parade series, Allied Artist Scenic stock footage, and over 3,500 mid-century television and movie theater commercials.

This agreement has already been utilized to create new editing assignments in a variety of History/Theory courses at Dartmouth, including a new course sponsored by The Dean of the Faculty at Dartmouth for courses on Racial Inequality, Racial Justice, and/or Anti-Racist Activism.  That course, “The Idea of Africa: Deconstructing Race in the Iconography of a Continent” is currently being co-taught by Professor Ayo Coly, chair of AAAS at Dartmouth and Prof. Mark Williams, director of The Media Ecology Project.

Grinberg materials will also inform the two NEH grants that MEP has received and will bring to culmination later this calendar year.

Many thanks to Lance Watsky at Grinberg for his guidance and enthusiasm in realizing this important project to help understand how these archival materials can be best used in higher education.

We look forward to additional curricular and research projects at Dartmouth that utilize this extremely generous collaboration with The Sherman Grinberg Library!